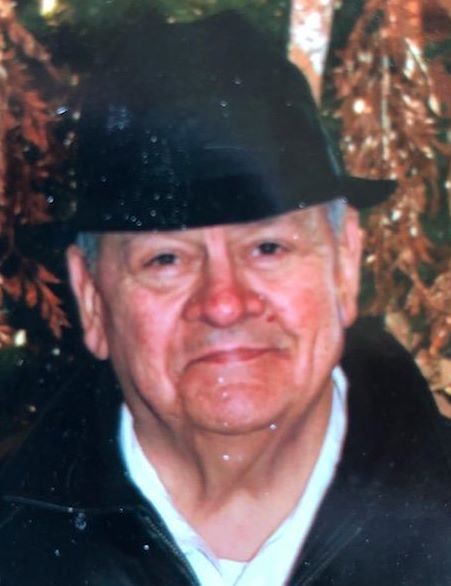 Charlie was a Crane Tech High School graduate, Class of 1950.

Corporal Charles was in the Korean War for two years with an Honorable Discharge from the Army on March 11, 1961.

When dad left service he went into the profession of a Terrazzo Worker and grew to be lead Forman for several decades until he retired. He was a crossing guard at Hanover Countryside Elementary School, Streamwood, IL for many years before moving to Alabama. Charlie then worked full-time at Walmart in Muscle Shoals / Florence, AL since 2007 in the frozen food section lifting and stocking 50# boxes until 2020. What a brute!

Dad loved reading up on history and war, politics, building HO scale train sets, woodworking and being with his family and friends. He moved to Florence, AL in 2007 near his son Ed and his family. Charlie never was much on speaking as Pat often took the lead on that. But when Charlie spoke you listened if you were smart. A wise person with the ability to be open and unprejudiced, unless you weren’t a Democrat!

Charlie was a wonderful person and we will all miss him dearly. Say hi to mom, Charlie and Ed and keep dancing!

Plant a tree in memory of Charles (Charlie) Edward Ori by clicking here.

Plant a tree in memory of Charles (Charlie) Edward Ori

Charlie will forever be missed by all who had a chance to know him. He loves sharing stories, history and was always willing to help.
We love you Charlie
The Haigh family

It is so pleasant to see a face without a mask and when you see Charlie's picture, you know the man.
I only knew this wonderful gentleman for a few years, but we were always eager to visit him.
Charlie was so loving and considerate. His friends got a real treat by sitting and listening to his stories about his wife, his family, and the career he loved so much. And going to get an Italian meal with him was a special treat!
Charlie was happy to be anyone's friend and welcome them with a cherub laugh.
A special "thank you" to his fellow employees who enjoyed "Ice Cream Charlie"
and displayed his picture and a candle in the store.
God bless your memory, my friend. We love you

Plant a tree in memory of Charles (Charlie) Edward Ori