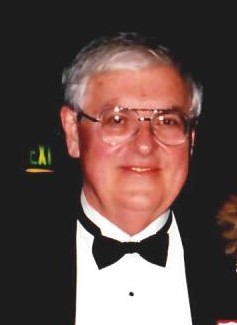 Benny Blair Barnes, “Ben”, age 86, completed his final inhalation on March 11, 2021, and wishes to say “hasta la vista” to all.  He was born in Gadsden, Alabama, on March 7, 1935, the son of Newton Eldridge Barnes, Jr., and Sarah Roach Barnes.  For the past twenty years, he has resided in Florence with his wife, Elba Crowe (Pretty Lady) Barnes who survives him.

During his lifetime, Ben Barnes preferred to be best known for his skill at the game of baseball.  He played third base and first base for the West Gadsden Lookouts between 1948 and 1951 but declined each major league contract offered.  He believed that the number of such offers was minimal because of his political and mathematical objections to baseball’s Infield Fly Rule.  However, he never wavered in his position on that crucial matter, though he did in many others.

Ben Barnes was graduated by Gadsden High School in 1952, Alabama Polytechnic Institute in 1956, the University of Alabama in 1962, and Auburn University in in 1965.  He also attended Jacksonville State College and Southern Methodist University. It is believed that he is the only student to fail in completing his work at Jax State and then earn graduate degrees at both Alabama and Auburn.     He served briefly and virtually anonymously in the United States Army in 1957.

He was employed as an engineer and as a manager by various organizations between 1956 and 2001. They included Chance Vought Aircraft, the Savannah River Nuclear Weapons Facility, U.S. Army Ballistic Missile Agency, NASA’S Marshall Space Flight Center, Virginia Polytechnic Institute, Computer Sciences Corporation, the University of Tennessee, Auburn University, California State University, Ben Barnes & Associates, the Alabama Supercomputer Network, and SilverTech Associates.  One might justifiably conclude from all the career changes that he was rather difficult to work with.

Later, during the twenty-first century, Ben Barnes pursued studies in philosophy and religion, attempting to compensate for his weaknesses in those areas; He was not admitted to Harvard nor to Stanford.  He was delighted to be an invited participant at the prestigious Link-Seale Seminar Series at Florence.  Ben enhanced his life through membership and participation in loving church families both at Westminster Presbyterian and later First Presbyterian Churches in Florence.

Also, during the past few years Ben Barnes authored several short anecdotes and tall stories which he hoped might convey to his grandchildren some of his recollections and opinions about the twentieth century as compiled in his book, ”Grandfather’s Clock”. His favorite among them (the stories, not the grandkids) is the non-prize winning “Let Me Have That Weapon Lieutenant”. He also drafted this announcement through this sentence, leaving some necessary blanks, requesting that the Pretty Lady fill them in, and thanking her here for doing so.

A private family interment service was held Saturday, March 13, at Greenview Memorial Cemetery, Florence, Alabama, with sentences of comfort by the Rev. Brandon Miles.   A Celebration of Life service will be announced for a later date in the Spring.  Those wishing to acknowledge Ben in a meaningful way might consider a donation to Caringplace Adult Day Center, P. O. Box 207, Florence, AL 35631, or to First Presbyterian Church, 224 E. Mobile Street, Florence, AL 35630.

The Family’s Gratitude and Recognition for Ben’s Care Team

The family wishes to acknowledge and honor those who are often unknown heroes.  It is right and proper to name them herein as beloved earth angels who uplifted us during Ben’s extended battle with Parkinson’s disease, now vanquished.  We recognize Rev. Brandon Miles who sustained Elba with meaningful visits and joined her at times during her daily window visits at the Mitchell-Hollingsworth Nursing Facility when CDC Covid rules prevented in-room visits. In parallel, we were sustained by the First Presbyterian Church Care Team, who helped in every way.  We applaud the leadership and knowledge shared by Elizabeth Butler, R.N., of Amedisys Hospice, and will always be mindful of her shepherding and praying for Ben and Elba through his last days in palliative care. Special thanks to Amanda Dodd, CRNP, for her timely, meaningful help.  We praise Station Five’s amazing Nurses Breanna Greenwood, Tresa Davenport, Diane Overstreet, and Lynn James who ministered to Ben promptly and lovingly. Ben loved all of his caregivers and no less so the doting C.N.A.s, Constance Wright (who gave him the pet name, “Rocket Man”) and Hanna Lisle. Family friends Annie Garth, Carolyn Barnett, Mattie Jackson, and Cassandra Montgomery whose daily presence and love arches back to the days of caring for Elba’s parents.  Cherished home care heroes are C.N.A.s Leola McIntosh, Sarah Tucker, Nakeya White, Molly Hughes, and Julie Fulmer. We send our deep appreciation to Ben’s compassionate medical team Jerry Williams, M.D., Teena Jeffrey’s McLaughlin, DMD, Mark McIlwain, DMD, and Charles Wilson, M.D., who never hesitated to see Ben on short notice.  Thanks to family physician and Auburn fan David Bachofer, M.D., who found time to cheer us on. We are grateful to Harrison Walker, M.D., and Melissa Wade, CRNP, of UAB’s Kirklin Neurology Clinic;  Vanderbilt Neurosurgeon Peter Konrad, PhD, M.D., and David Charles, M.D., Vanderbilt Professor and Vice-Chair of Neurology, currently leading the only clinical trial approved by the United States Food and Drug Administration to test deep brain stimulation (DBS) in people with early stage Parkinson’s Disease. In 2008, Ben was providentially led into their orbit of pioneering medical science resulting in his becoming one of Vanderbilt’s first thirty DBS research pioneers.  Ben was always grateful for the gift of deep brain stimulation surgery that lengthened his abilities and quality of life after his diagnosis of early stage Parkinson’s.

We are immensely blessed by neighbors and other friends that provided showers of blessings.  You know who you are that came to our aid, took over tasks, brought meals, flowers, love, and more.  Love surrounds us.

Plant a tree in memory of Benny "Ben" Blair Barnes

My prayers and deepest sympathy goes out to the Barnes family!  My God's peace and comfort be with you during your time of bereavement.

God speed to Ben and god bless his family.

Plant a tree in memory of Benny "Ben" Blair Barnes